The week of my first NBA Draft, the battle at the top of the pop charts was between “I Wanna Sex You Up” by Color Me Badd and “Rush Rush” by Paula Abdul. Which is to say I ain’t no greenhorn. Which is to say when I say the Knicks and the draft go together like bleach and vinegar, I knows of whats I speaks.

The simple story of why the Knicks never won a title during the Patrick Ewing era is that Michael Jordan was just too good. These sorts of narratives spread like viruses because, like viruses, they’re simple. So the story is that cocaine ruined Doc Gooden, and not the Mets pitching him 742.2 innings by age 21. The truth is, as ever, more complex than the lie. The Knicks never beat the Bulls because the front office screwed up almost everything after Ewing fell in their laps in 1985.
With the 5th pick in ‘86, they took Kenny Walker, who sucked (to be fair, most of the ’86 draft sucked). In ’87 they took Mark Jackson and landed Rod Strickland in ’89. Jackson was an All-Star, Rookie of the Year, and led the league in assists; Strickland might have been even better. In no time, the Knicks turned Strickland and Jackson into old-ass Maurice Cheeks, old-ass Doc Rivers, and non-Xavier-McDaniel-ass-Charles Smith.

The simple story of why the Knicks never won a title in the late 90s is that the PJ Brown injustice cost them their best shot to beat Jordan in ’97, Ewing’s wrist injury cost them ’98, and injuries robbed them of the chance to compete with the Spurs in the ’99 Finals.  The truth is the Knicks last great chance to build a championship team was the summer of ’96, when they had three 1-st round picks and a ton of cap room (these were the glory days of pre-Dolan, when people actually wanted to play for the Knicks).
The Knicks brought in 3 new starters: Allan Houston, Larry Johnson, and (wait for it) Chris Childs. By the end of his first year in NY, Childs had told the Knicks to bring him off the bench rather than start him. With picks 18, 19, and 21 in the draft, they took John Wallace (the rich man’s Chris Copeland), Walter McCarty (the poor man’s Walter McCarty), and Dontae Jones (the poor man’s poor man). That’s like going for a 5-minute run and stepping in shit three times.

When this year’s draft rolled around and the Knicks were on the clock, I reflected on their God-awful draft history and decided I’d be cool with anything they did, so long as it had upside. The Knicks NEVER draft guys with huge upside. For every Macej Lampe, there are a hundred Mardy Collins; for every Stephen Curry or young Amar’e Stoudemire missed out on, they land a thousand Michael Sweetneys. So I was cool with Tony Mitchell, or Ricky Ledo, or anyone with a chance to be better at something three years from now.
So, Little Nero came to the mic and said “With the 24th pick in the 2013 NBA Draft, the New York Knicks select……” And he made the announcement.

And I felt nothing.

I know nothing about Tim Hardaway Jr. other than he was a swingman at Michigan and his dad’s not really Tim Hardaway Sr. (Tim Hardaway Sr. would have had to make a baby with Manute Bol to have a kid as tall, lean, and athletic as ‘Junior.’).

With JR Smith re-signing, I feel better about Hardaway because he should slot in as their 5th or 6th guard, which is a good place for him to start his career. Also, with Smith, Shumpert, and Hardaway, and a ton of guys who will be expiring rosters next off-season, the Knicks should actually be able to make some trades soon, a rarity rivaled only in its infrequency by Jim Dolan press conferences.
The Knicks have been historically bad when it comes to the draft, so trading away picks may actually be a rare moment of clarity. Next year’s 1st-rounder is Denver’s; in 2016, Denver has the right to switch picks with the Knicks. This year’s 2nd-round pick belongs to Houston (the Marcus Camby sign-and-trade: the gift that never starts giving). The Knicks have OKC’s 2nd-round pick next year and can get Sacramento’s pick if it falls between 56-60.

My view of the Hardaway draft is this: worrying about who the Knicks drafted when Dolan still runs the team is like worrying about the shit you just stepped in three times when a meteor’s about to land on you.

The praise aimed at the Nets for the Pierce/Garnett trade continues a bias likely not seen in the NY sports media since 1962, when the Mets were the last new team to play in the city. Like a week old infant’s poops, the Nets shit doesn’t stink.
Yet.

Imagine if the Knicks had done everything the Nets have done the past few years:

Say they’d spent months and months sniffing after Carmelo Anthony, even though he wouldn’t agree to sign an extension with them and obviously wasn’t interested in them, so after months of chasing someone they’d never get, the Knicks hold a press conference to announce they’re no longer pursuing ‘Carmela,’ their owner later claims to have “mistakenly” called him. Then, the Knicks’ biggest rival gets Carmelo, and the next day the Knicks trade Derrick Favors, plus a likely top-3 draft pick, for Deron Williams, WHO DOESN’T AGREE TO SIGN AN EXTENSION WITH THEM. A year later, the Knicks trade another lottery pick (#6, which turned into Rookie of the Year Damian Lillard) for wrong-side-of-30 Gerald Wallace…who they then give a $40,000,000 contract to in order to appease D-Will. A year later, they turn Wallace and a bunch of nothing into two old-ass Celtics the Knicks knocked out of the playoffs last year, two guys who looked old years ago who apparently are going to somehow be less old in spring 2014. The press would be KILLING the Knicks.

The Nets are more expensive than the Knicks. They may be more celebrated now, name-wise. They got older. The Knicks got younger: Camby/Kidd/Rasheed/Kurt Thomas/Novak are out; Hardaway & Bargnani are in.  The Nets have no speed. Anywhere. They’re stuck with a yesteryear core whose ceiling is the 2nd round. Same as last year.
At least the Knicks have a puncher’s chance. The best thing to happen to Brooklyn last year was losing to the Bulls in the 1st round to Chicago. ‘Cuz the Heat would’ve whipped ‘em like time whupped Color Me Badd. 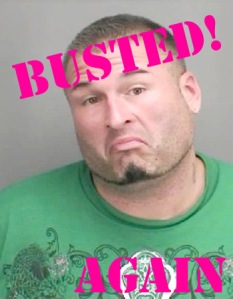