How has marriage, long known to be an oppressive institution with about the same success rate as guessing heads or tails at a coin flip, remained the lifestyle of choice for a majority of human beings? Why, with all our social advancements and changes, do people still choose to enter into an arrangement that starts like this: 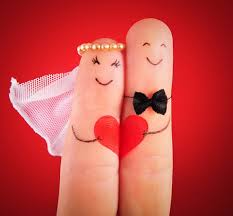 Till death do us part 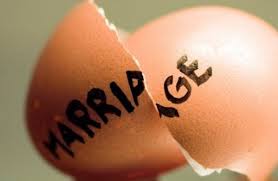 Because there’s something even worse than marriage.

One of the perks of my “career choice” is a total lack of stability. I recently moved 10 times in two years. If you want to know what that feels like, go to your kitchen, turn on the stovetop, get your sharpest steak knife, plunge it into each eyeball, and, once certain both eyeballs have been removed, place your freshly-gorged-with-pain-sockets directly onto the active burner. 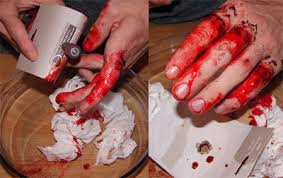 Packing to move out sucks because it exposes how full of B.S. I am about living simply. No matter how much stuff I think I have, there’s always more. Sometimes the surplus is welcome: after 4 months with most of my clothes in storage, I felt like Imelda Marcos after getting my full wardrobe back.

Sometimes the surplus hints at a gnawing negligence—do I really need so many books? How many of those books am I ever going to pick up again? In a post-hernia, post-Kindle world, how much sense do boxes of books even make?

Unpacking is more fun then packing, if only because each time you unpack your life a little part of you dies, so each time you unpack you’re more aware than ever this won’t be your last move, so you arrange your life with a lightness and simplicity and un-grounded-ness in a way that the you that has to uproot & move in six months will be grateful for. Meanwhile, the you that wants to put down roots knows that ain’t happening. Again.

My new apartment is the third floor of a house.

–Moving. The guy I hired to help me move into the house flaked out the day of the move. That was a joy I could’ve lived without. Unloading a U-Haul plus a half-dozen carloads of possessions up a hill and three flights of stairs is like making Sisyphus wear a safe while a tornado comes down the hill toward him. I don’t remember being more tired or thirsty in life than after the 13 hours this move took. My leg muscles got so much work, my lower body muscles became almost literally unreal. They’re Herculean. It’s like moving turned me into a centaur. Seriously, if you want to prank a museum or act out an unspoken and unlikely fantasy, this is the week to hit me up. 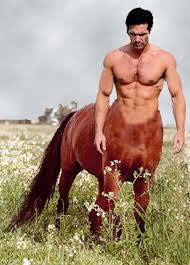 Yo girl. Lemme make you the centaur of attention…

–This town is suuuuuper hilly, and I’m on top of the tallest hill around. I look down with impunity on mankind and all his foolhardiness, all his failings. Muhahahahaha. Remember on The Walking Dead when Rick and Carl found Morgan Jones out of his mind and living alone in a town he’d booby-trapped everywhere? Minus the insanity and hordes of the undead, that’s how I feel in my new apartment. God bless this mess.

–Because of all the thin walls and hilly hilliness, there is a tenement quality. I know when the little boy on the first floor of this house didn’t eat his vegetables at dinner. The house next door is, like mine, up the hill from most of the neighborhood, which at times has the effect of feeling like we’re on a different floor than the rest of the street.

–The beach is a mile away. The beach here is divided by a sort of Siamese crescent moon rock arrangement. The  beach itself is sandy and rocky and sometimes the water is this slate blue/green that whenever I see it reminds me of an office building from when I was a kid. Remember how certain colors or patterns or shapes struck you more electrically than others? This one color always has. Living near the water is what you’d call in Spanish un curativo. The ocean, man–whenever I’m there, I’m at peace. More than peace. Nirvana. A candle that’s been blown out. No desire. No delusion. No aversion. Simple stillness. Blown out.

–I’ve named the view outside my office window Cirque de Écureuils: Circus of Squirrels. It’s super cool. There’s three squirrels battling for supremacy out there, plus a dog that looks like an elephant shit a living brick. I pretend the squirrels are megalomaniacs, each in command of a superstate of squirrels somewhere; a rural Eurasia/Eastasia/Oceania axis. Mostly they bicker over nuts, though I suspect there’s enough for the three them and suspect they know it. It’s so cool watching them eat nuts. Man those guys like nuts.
The dog always futzes around, sniffing the ground. He always looks like he just found what he was looking for…except, since he always looks that way, after a while he just looks mental, and then stupid.

–When the polar vortex hit and America’s nipples got all pointy from the cold, yours truly was super-toasty and tucked away in me new digs. Red flag: the last time I lived in somewhere that was this warm in the winter was a joint in Buffalo I came to call “The Pizza Oven”…and not ironically. Absolute hell come summertime. Yet I luxuriate in the thought of dealing with problems this summer. Summer’s half a year away. After half a year of uncertainty, six months is a thousand years away…

–The couch I sleep on is the single most comfortable thing I have found in a lifetime. Not only is it a 10 in terms of comfort versus other couches, it’s a 10 versus beds. You know how there are towns where the priest is a big deal, but the Pope is, like, the Pope? This couch is the Pope of sleeping…if the couch was also being used as a pretty piece of progressive tinsel meant to distract people from all the sinister behind the symbol. 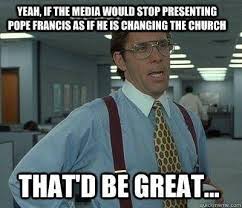 —Lebensraum. Living space. It’s been years since I had as much free space as I do now. The clearer my home environment, the clearer my creative mind. I’m excited about my thoughts here.

–Even though I live on a wooded hill near the beach, there’s a Chinese restaurant a block away.

–Worth repeating: there’s a Chinese restaurant. One. Block. Away.

I like it. I’ma put a ring on it. No strings attached. One millennium at a time…

2 thoughts on “People Get Married Because Moving Sucks”