This week, a comedian died in New York. Cancer. He’d been better the past few months, but it was never gonna end well. It was always a matter of when, not if. He knew it.

The thing I’ll always remember about him was his smile. He was always smiling. I don’t say that as some posthumous platitude. Every memory I have of him, there was always a smile on his face. Maybe this stood out so much because whenever I met his family or friends, they were miserable…and I mean the kind of miserable that’s contagious, that’s hungry, that you feel reaching out for you, like a dead flower yearning for a sickly sun. But not him. Always smiling.
Always.

“A comedian died in New York” is a line from Alan Moore’s The Watchmen. My friend who’s gone was my favorite type of comedian. My favorite type of person. He laughed at himself. Constantly. I admire that in people. It looks easier than it is. But there’s no greater challenge than recognizing your smallness while not losing sight of the big picture–big pictures, really. The Self. And the All.

The default setting for most people is to think of themselves as the center of the universe. My friend knew he was dying. I wasn’t with him at the end. I don’t know how he felt then. I’m OK with that. In this case, I prefer to take the measure of the man as he lived. Not as he died.
It isn’t hard to understand why so many people are self-centered. There’s another passage from The Watchmen that I carry in my heart. Dr. Manhattan is describing the fantastic odds against anyone ever being born, ever existing:

“…of the thousand million children competing for fertilization, it was you, only you, that emerged. To distill so specific a form from that chaos of improbability, like turning air to gold…that is the crowning unlikelihood. The thermodynamic miracle…
The world is so full of people, so crowded with these miracles that they become commonplace and we forget…We gaze continually at the world and it grows dull in our perceptions. Yet seen from another’s vantage point, as if new, it may still take the breath away.”

This week, a miracle died on Long Island. Rest in peace, friend. 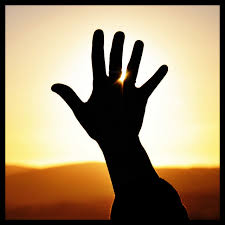 denise
Musings of A Harlemite

My journey through marriage, open marriage, divorce, being a Mom, sexual rebirth, online dating, failed relationships, and lots of sex

Jen Talks Too Much

What's that all about?