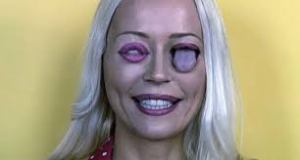 I recently joined Twitter. My decision was strictly work-related: I’ve been interviewing a lot of people lately for Posting & Toasting, and a lot of them, in place of email addresses, list Twitter handles for their contact info.

I left Facebook months ago and haven’t missed it one bit. In my first few weeks on Twitter, I learned it’s no social media. It’s antisocial. Took me a while to learn that when people tweet comments or links, they don’t do so to start a conversation. They don’t want to hear what you think about it. They just spit shit out, getting dozens, even hundreds of retweets. They’ll be favorited ad nauseam. But there are never replies. Audience is assumed, required, yet simultaneously superfluous. Twitter’s like a land whose people have three mouths and no ears.