When I moved to Long Island in 2009, I left my (now) former bed behind upstate. For a few years, I lived in furnished apartments. Then for a few years, I lived with a girlfriend who had a bed. One day, nearly two years ago, my mother upstate called asking about some of my old things she wanted to get rid of to clear up room in her basement. She asked if I still needed my bed. My girlfriend and I agreed I should let my mom toss it, since we were cool sharing her bed. So I told my mother to go on and throw it out. A week later, my girlfriend broke up with me. I was a man without a woman. Even worse, I was a man without a bed. 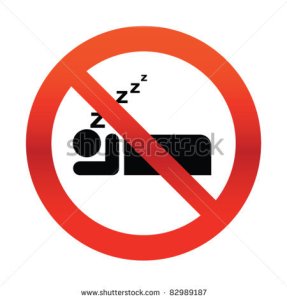 Over the next 600+ nights, I’ve lived in five places. The only two nights since I slept in a bed was one night in a hotel because my dick landlord hired dick workers who left ceiling dust and plaster all over my apartment and didn’t feel like cleaning it, and the January day I had to cut my upstate-to-downstate trip short and stay at a hotel because of a snowstorm. But I come not to bury all the non-beds I slept in, but to praise them. In those 600+ nights, I slept END_OF_DOCUMENT_TOKEN_TO_BE_REPLACED