Not really talking these days.
Top men are working out
why.
Top.
Men.

END_OF_DOCUMENT_TOKEN_TO_BE_REPLACED

So far 2017 has not been my healthiest year to date. In fact, most of my loved ones seem to have been dealing with infections and bloodwork and tests since before Christmas. Generally I try to adopt a “Don’t worry until you have something concrete to worry about” attitude, because more generally I try to live by “The universe unfolds as it must; you can’t bend it; maybe bend you?”

The past couple weeks I’ve been waiting for more bloodwork while trying not to let the limited info from the last bloodwork I had done metastasize into bugging out. Imagination is often a useful thing, but sometimes it runs amok and is not so fun. Like when you get a call about your test results that goes:

THEM: So we have your test results.
ME: OK.
THEM: Yours are a little high.
ME: Yeah?
THEM: A normal reading would be somewhere in the range of 40 to 60.
ME: OK… END_OF_DOCUMENT_TOKEN_TO_BE_REPLACED

I haven’t written on this site in over half a year. God and maybe Borges only know how many words I’ve written in that time, but none here. There’s been a lot of silence and confusion and pain and joy that, combined and viewed from afar, look a lot like life.

I don’t stop writing because there’s nothing to say. Usually it’s that there’s too much to say, and I generally feel overwhelmed from talking. Pro’ly nobody who knows me would suspect that, but it’s true. I like to gather my thoughts slowly and work them out carefully before I release them. The plus to typing my thoughts is it gets me out of that shell; it artificially inclines me to say more things. The minus is the longer I’m in a writing rhythm, a prestissimo, the more I I start trying to force myself into maintaining that thinking speed, to keep up. But my adagio brain doesn’t like that after a while, so I can only outrun the silence of myself for so long, for wherever I run, there I am.

Gonna try to write more now. That’ll probably mean shorter stuff, at least for a while. Got anything you want to see done on this site? Let me know. What’s new with you? 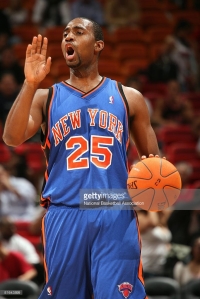 In which I explored the history of the 13 men to wear #25 for the Knicks, including newest acquisition Derrick Rose, question where all our great American names have gone, and remember Dave Chappelle’s classic zen take on cucumbers versus pickles.

In which I take the unpopular view that the current Knick interim coach, Clark Kent though he may appear, may not be the write-off candidate many have made him out to be. I also get to fit Star Wars and Indiana Jones into the piece, so mission accomplished, son.

I’ve been sick with a weird flu for days. A few people close to me have it, too. It flares up, then seems to fade away, only to return with a vengeance. You know those sand-bottom clown toys kids have? You knock them over but they always bounce back?

Speaking of relentless pain, a few thoughts on season six of The Walking Dead. A lotta people were disappointed in the recent direction of TWD. Count me among them, for the following reasons: END_OF_DOCUMENT_TOKEN_TO_BE_REPLACED

In which I recap the Knicks’ latest nightmare loss, quote from the Book of Revelation, and muse on the relative rarity of one of my favorite adverbs.

“…when Alexander the Great saw the breadth of his domain, he wept, for there were no more worlds to conquer.”

The Knicks’ stud rookie Kristaps Porzingis is pretty accomplished, too! But even he has room to improve, and thus I wrote about three aspects of his game he’s yet to conquer. 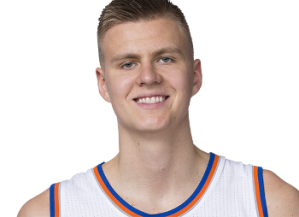 In which I recap the Knicks’ utterly predictable encounter with the historical Warriors via demonic possession, The Princess Bride, and one of actuality’s great paradoxes.

In which the Knicks got thoroughly destroyed, Chris Paul got justly popped in the grill, and…and there’s nothing else to say, really. The Knicks got destroyed.

denise
Musings of A Harlemite

My journey through marriage, open marriage, divorce, being a Mom, sexual rebirth, online dating, failed relationships, and lots of sex

Jen Talks Too Much

What's that all about?